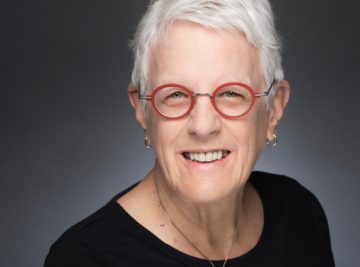 MR. CHANCELLOR, in this 100th anniversary year of the UBC School of Nursing, I am honoured to present Peggy Chinn, a nurse scholar and activist who has pushed boundaries in social justice advocacy and scholarship, including the rights of women and children, ethnic and racialized minorities and the LGBTQ community.

After completing graduate studies at the University of Utah, she embarked on a remarkable career as a champion of critical social theorizing and feminist research that has been applied to addressing structural inequities which differentially affect the health of various populations.

She has held faculty positions at leading U.S. Nursing schools, including her current position as Professor Emerita at the University of Connecticut. Through over four decades of prolific work as an editor and author, she has influenced generations of aspiring nurse scholars and leaders. Her work is ongoing, as she continues to support and mentor nurse scholars globally, and to inspire a social justice perspective across the discipline.

Although she has no formal connection to UBC, she has been a highly influential force in shaping the scholarly career direction of many UBC faculty members, including those who have achieved international recognition for critical theorizing and action implementation in issues of aboriginal health, violence against women, LGBTQ health and health inequities.

Mr. Chancellor, in recognition of her extraordinary achievements, contributions and influence, I ask you to confer the degree Doctor of Science, honoris causa, upon PEGGY L. CHINN.