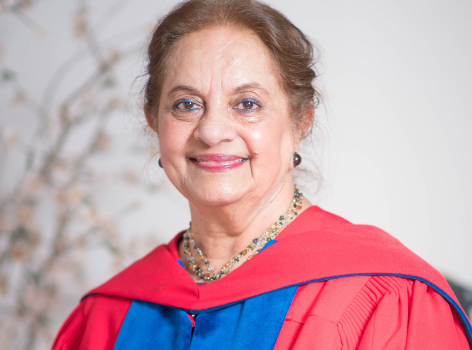 Shashi Assanand has been a visionary pioneer in antiviolence and immigrant settlement and support throughout the Lower Mainland for more than 30 years. She is best known for her work as the founder and executive director of the Vancouver and Lower Mainland Multicultural Family Support Service Society, which since 1991 has provided counselling and support to over 43,000 immigrant and refugee women and children experiencing family violence.
View Honorary Degree Video 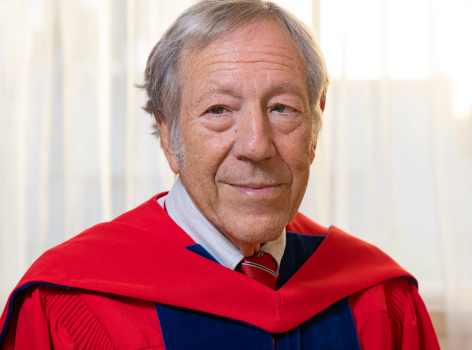 One of Canada’s foremost scholars and practitioners of constitutional and comparative law, Irwin Cotler has written upon and intervened in landmark Charter of Rights cases in the areas of free speech, freedom of religion, minority rights, peace law and war crimes justice. A former Member of Parliament and Minister of Justice and Attorney General of Canada, he is the Chair of the Raoul Wallenberg Centre for Human Rights and an Emeritus Professor of Law at McGill University. Professor Cotler has been referred to as “Counsel for the Oppressed” and “Freedom’s Counsel” and represents the leading political prisoners in the world today.
View Honorary Degree Video 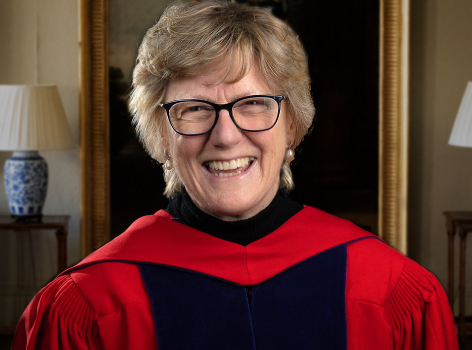 Dame Sally Davies is an eminently respected British medical scientist, Master of Trinity College at the University of Cambridge and former Chief Medical Officer for England. She joined the United Kingdom Civil Service in 2004 as Director-General of Research and Development at the Department of Health. In this role, she was instrumental in creating the National Institute for Health Research, now the largest national clinical research funder in Europe.
View Honorary Degree Video 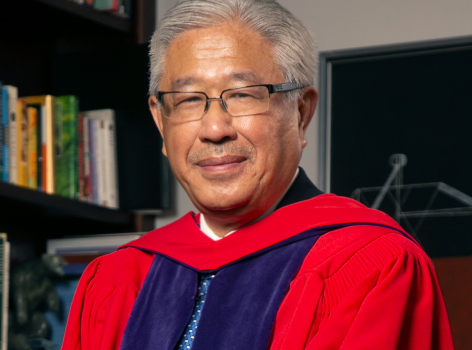 Dr. Victor J. Dzau is one of the world’s pre-eminent leaders in health research and policy and a trailblazer in translational research. A graduate of McGill University, he has served since 2014 as the US President of the National Academy of Medicine, and Vice Chair of the US National Research Council. An internationally acclaimed scholar in the field of cardiovascular medicine and genetics, he helped create the science underlying the class of drugs known as ACE inhibitors, used globally to treat hypertension and heart failure. He is a pioneer in cardiovascular gene therapy. Dr Dzau is also world renowned for his leadership in global health and in developing major national and international collaborative health policy initiatives.
View Honorary Degree Video 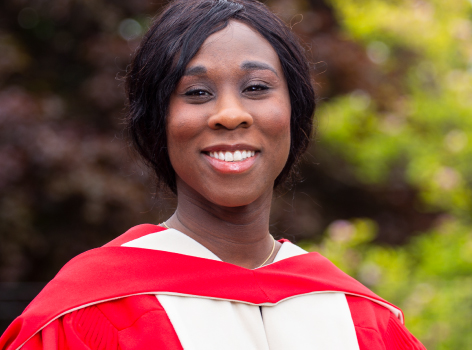 The daughter of Ghanaian immigrants to Canada, Esi Edugyan is renowned for crafting thoughtful and sweeping historical novels that deal with the legacies of race and displacement, powerfully explore the impact of history on the present, and illuminate complicated truths about race and belonging. Described by The Globe and Mail as “the most ambitious novelist in Canada,” her books have garnered numerous awards, and she is one of only three authors, along with Alice Munro and M.G. Vassanji, to have twice won the Scotiabank Giller Prize.
View Honorary Degree Video 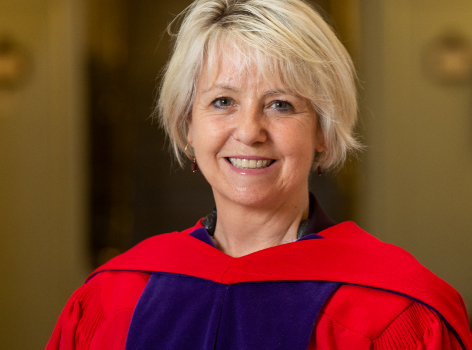 Dr. Bonnie Henry is the Provincial Health Officer and a former physician epidemiologist for the British Columbia Centre for Disease Control. The calm, assured face of the COVID-19 pandemic response in BC, she has led the government initiative from a rational, scientific perspective, garnering accolades from across Canada and internationally. Her specialized work in public health and preventive medicine also includes critical international initiatives such as the WHO/UNICEF polio eradication program in Pakistan and the World Health Organization’s response to the Ebola outbreak in Uganda. She is the author of two books “Soap and Water and Common Sense” and “Be Kind, Be Calm, Be Safe: Four Weeks That Shaped The Pandemic.”
View Honorary Degree Video 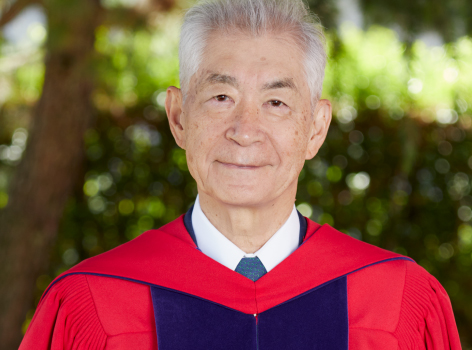 A Nobel laureate and renowned Japanese physician-scientist, Tasuku Honjo is a Distinguished Professor and Deputy Director-General of the Kyoto University Institute for Advanced Study. He is best known for his work in discovering a critical pathway in the immune response to cancer cells, for which he and American immunologist James P. Allison were jointly awarded the 2018 Nobel Prize for Physiology or Medicine. Their discovery has opened the way for the development of novel treatments against certain cancers, particularly melanoma.
View Honorary Degree Video 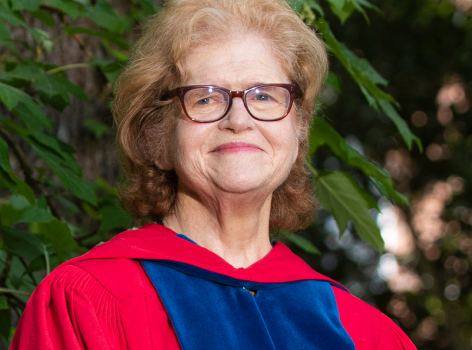 Deborah Lipstadt is a Professor of Modern Jewish History and Holocaust Studies at Emory University and one of the world’s most eminently regarded Holocaust historians. She is the author of many books in Holocaust Studies, including Beyond Belief: the American Press and the Coming of the Holocaust 1933-1945; History on Trial: My Day in Court with a Holocaust Denier; The Eichmann Trial, and Antisemitism: Here and Now. She achieved international celebrity status when the British writer and Holocaust denier David Irving sued her for libel. Her court case and sweeping victory were depicted in the 2016 film Denial, which starred Academy Award winner Rachel Weisz as Deborah Lipstadt.
View Honorary Degree Video 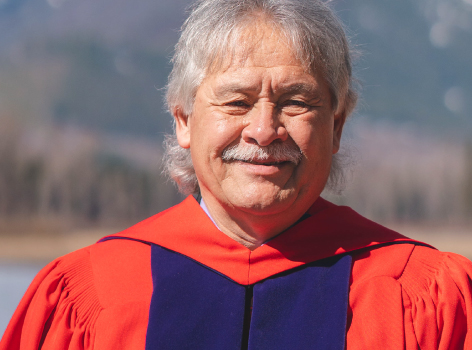 A member of the Tahltan Nation, Garry Merkel has had a long-term interest in the culturally relevant education of Indigenous peoples. A Registered Professional Forester, a small sampling of his numerous activities include chairing the Aboriginal Forestry Education and Training Review that fostered a national post-secondary approach to improving Indigenous resource management education in Canada. He also worked with the UBC First Nations House of Learning to establish an Aboriginal Forestry Initiative at UBC, and he is the co-founder and co-chair of the First Nations Council of Advisors for the UBC Faculty of Forestry.
View Honorary Degree Video 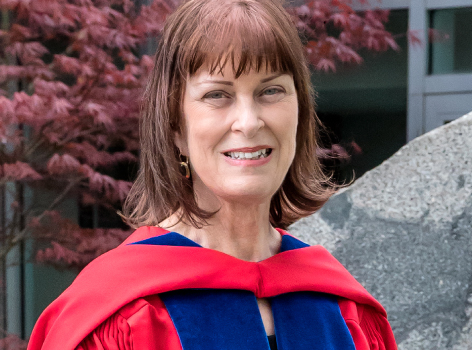 Heather Munroe-Blum is a distinguished university leader, a scholar in the fields of psychiatric epidemiology, public policy and governance, and an accomplished businesswoman. From 1994 to 2002 she served as Vice-President, Research and International Relations, at the University of Toronto and subsequently became the first woman to be appointed Principal and Vice-Chancellor of McGill University, a position she held for over a decade until 2013. She has also served on the boards of numerous publicly traded companies and not-for-profit organizations and has been an influential advocate for universities as vehicles to advance social and economic growth.
View Honorary Degree Video 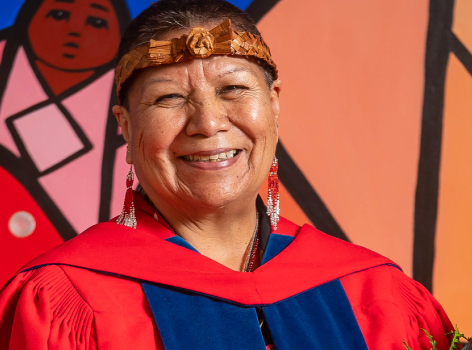 For over 30 years, Elder Roberta Price has actively shared her leadership, wisdom and teachings at UBC and throughout the Lower Mainland to assist both Indigenous and non-Indigenous community members to achieve improved outcomes in health care. A member of the Coast Salish Snuneymuxw and Cowichan Nations, she has been instrumental in helping to create shared spaces for both Indigenous and Western approaches to healing and health. Her ongoing involvement and leadership in research projects have been key to the continued work of decolonizing health care and creating cultural safety and equity for Indigenous patients.
View Honorary Degree Video 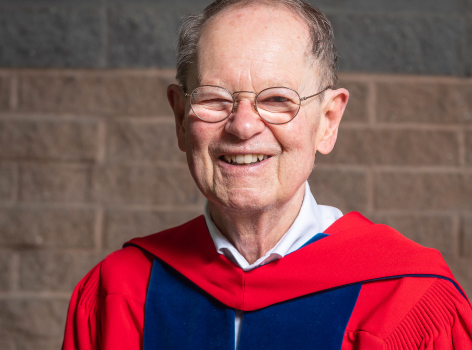 At a time when there were few resources to assist visually impaired students at UBC, Paul Thiele overcame his own visual impairment to study comparative literature and complete his Bachelor of Arts degree. He subsequently became the co-founder, architect and head of UBC’s Crane Library, an invaluable resource centre for visually impaired students for over 50 years. After retirement he continued to serve numerous organizations, including as a member of the Board of the CNIB, while his knowledge regarding visual impairment issues has helped to shape legislation and inform library management throughout Canada.
View Honorary Degree Video