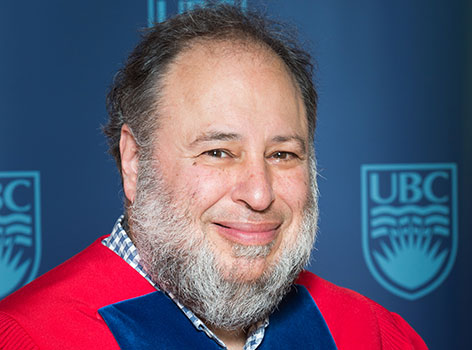 MR. CHANCELLOR, a great love of music and an extraordinary knack for management have enabled Gary Cristall to make a profound mark on the music culture of this city.

In 1978, as co-founder of the Vancouver Folk Music Festival, Mr. Cristall was instrumental in creating what has become one of Vancouver’s signature cultural events.

During his 17 years as the Festival’s artistic director, he consistently attracted an extensive international roster of performers, thereby securing the Festival’s importance among many of the world’s leading artists and establishing it as a beacon for traditional music lovers.

Mr. Cristall also extended his influence industry-wide by establishing Aural Tradition Records for the production of folk music recordings, and Festival Records for the distribution of thousands of titles by an eclectic array of artists.

He has produced countless shows and annual concert series, arranged tours for festival performers and organized the popular Folklife Pavilion at Expo 86, a venue that further solidified Vancouver’s reputation as an international centre for folk, traditional and world music.

In 1994 he moved to Ottawa where he worked at the Canada Council for the Arts. Most notably, he led the creation of a new funding model that recognizes Canada as an aboriginal and multi-cultural nation with a range of traditions worthy of support.

In 2000 Mr. Cristall returned to Vancouver where he continues to work as an artist manager and agent, concert producer, and as an instructor in the Arts and Entertainment Management program at Capilano University. Mr. Chancellor, in recognition of his rich and lasting contributions to the cultural life of our city and province, I ask you to confer the degree Doctor of Laws, honoris causa, upon GARY ERIC CRISTALL.