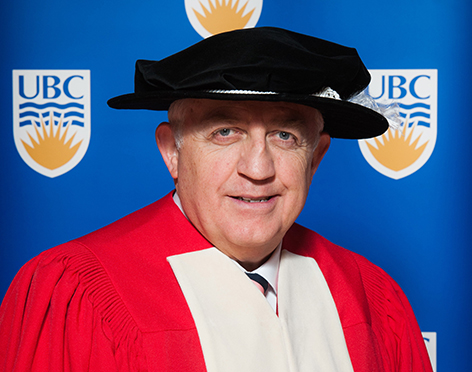 One of Shakespeare’s best-known quotes could easily describe Mr. Bramwell Tovey’s journey so far. “If music be the food of love, play on.” And Maestro Tovey does.

The greatly respected and much-loved music director of the Vancouver Symphony Orchestra is entering his twelfth season with the VSO. He continues to delight audiences with his gifts as a conductor, composer and musician.

Mr. Tovey is celebrated for his warm and charismatic presence on the podium and, his extraordinary versatility and reach, with a repertoire that includes operatic, choral, British and contemporary music.

An esteemed guest conductor, he has worked with famed orchestras including the London Philharmonic, the Frankfurt Radio Orchestra and the Los Angeles Philharmonic at the Hollywood Bowl.

He is also the founding host and conductor of the New York Philharmonic’s Summertime Classics series at Avery Fisher Hall.

He is happily recognized for his fine work, having won both Grammy and Juno awards in 2007 for his recording with violinist James Ehnes and the Vancouver Symphony of the Walton, Korngold and Barber concerti.

He has also garnered praise as a composer, winning a Juno award in 2003 for his classical composition entitled Requiem for a Charred Skull. Last year, he premiered his first full-length opera, The Inventor, at the Calgary Opera, to great success.

We deeply appreciate his ongoing contributions to our community, through his relationship with the UBC School of Music and the Chan Centre for the Performing Arts.

Madam Chancellor, for enriching the musical life of cities throughout the world, especially Vancouver, I ask you to confer the degree of Doctor of Laws, honoris causa, upon Bramwell Tovey.