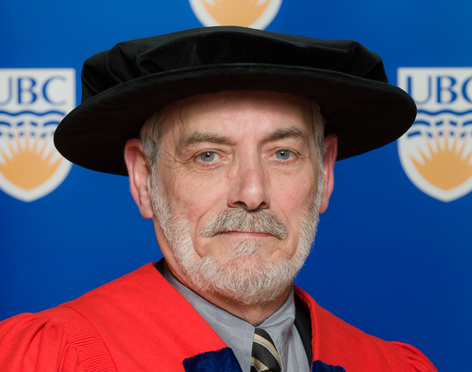 MADAM CHANCELLOR: Dumpster diver. Binner. These words have become part of our modern day lexicon – especially in cities like Vancouver.

Ken Lyotier knows well what these words mean. For several years during the 1980s, Mr. Lyotier earned extra money through binning, searching for containers that could be recycled for cash on Vancouver’s Eastside.

But he found that storekeepers were often reluctant to provide refunds for the recycled containers. That’s what motivated Mr. Lyotier and his friends to establish United We Can. They organized for five years to set up a bottle depot in the Downtown Eastside. They opened United We Can in 1995.
Today, this successful social enterprise processes about 20 million containers each year. It has an annual budget of $2.5 million. Each day, more than 700 binners drop off recyclables and get paid.

United We Can has expanded to include other businesses such as street cleaning, bike and computer repairs and a plant store. United We Can has inspired similar efforts in cities around the world. These endeavours provide dignity and hope to those who most need it.

Mr. Lyotier knows what it is like to exist on the margins. As a young man, Mr. Lyotier was diagnosed with Chrohn’s disease. Frequent hospital trips and operations defined many of his days. His discovery of drugs and alcohol further compounded health problems.

But through all these difficulties, Mr. Lyotier looked for the truth and the true value of each person no matter what their circumstances.

Madam Chancellor, for his courage, tenacity and compassion, I ask you to confer the degree of Doctor of Laws, honoris causa, upon Kenneth Lyotier.