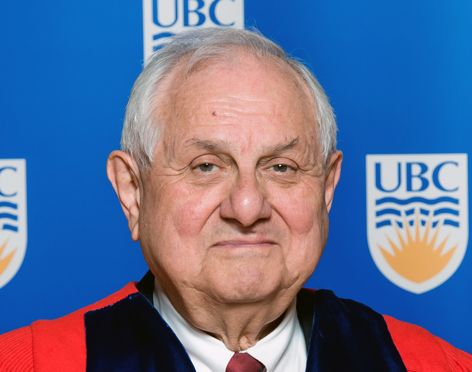 MADAM CHANCELLOR: As Vancouverites celebrate the one-year first anniversary of the city’s first Olympic Winter Games, and the title of the most livable city in the world, we have Jack Austin to thank.

Mr. Austin has left an indelible impression on our landscape. He was instrumental in securing federal government support for Expo 86, which 25 years ago transformed the city and redefined its image around the world as an open and cosmopolitan destination.

That investment planted the seeds for what would later become the city’s most recognizable landmarks and institutions – Canada Place, the Convention Centre, the Pan-Pacific Hotel and the cruise ship terminal.  The Asia Pacific Foundation of Canada – that laid the foundation for our successful bid for the 2010 Olympics. And last year, in recognition of his great service to British Columbia, Mr. Austin was named to the Order of British Columbia.

His influence has gone far beyond this province.  He has played leadership roles nationally as a public servant, political advisor, and senator.  And he has been a visionary builder of International partnerships.   His involvement in promoting trade relations between Mexico and Canada has earned him the Order of the Aztec Eagle, the highest foreign honour given by the government of Mexico.

As the architect of the Team Canada visits, as progenitor of the Asia Pacific Gateway Strategy, as Sage Counsellor to both sides in difficult times, no Canadian has had a steadier or more important influence on Canada’s engagement with the People’s Republic of China than Jack Austin

We are proud to call Mr. Austin one of our own. An alumnus, former member of the Faculty of Law and former advisor to the Faculty of Graduate Studies, currently an Honorary Professor in the Institute of Asian Research, he has touched many members of our community with his wisdom and dedication and eternal optimism.

Madam Chancellor, for his service to Canada and British Columbia, I ask you to confer the degree of Doctor of Laws, honoris causa, upon Jacob Austin.