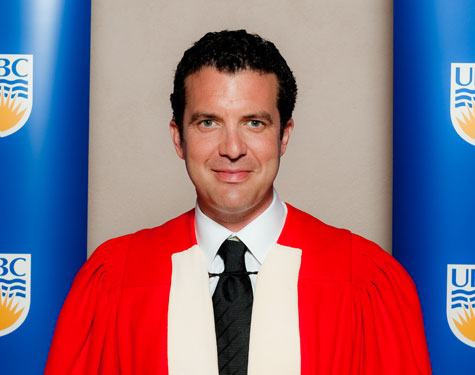 From pushing Rick Hansen off of a 160-foot bridge in Whistler to getting Don Cherry to design a suit for him, Rick Mercer has ­contributed plenty to the Canadian identity.

As a Canadian comedian, Mr. Mercer has been making us laugh at ourselves for the past 20
years. He is the co-creator of This Hour has 22 Minutes and host of The Rick Mercer Report.

As a political satirist, few politicians have escaped Mr. Mercer’s charm and antics. While skinny dipping with Bob Rae or having a sleepover with Prime Minister Stephen Harper, Mr. Mercer has addressed the issues that affect our nation.

For his contribution to the arts, Mr. Mercer has been awarded more than 20 Gemini Awards. In 2004, he was the recipient of the Governor General’s Performing Arts Award. He also holds honorary degrees from Laurentian, Memorial and Brock Universities.

Outside show business, Mr. Mercer has been dedicated to the Spread the Net campaign which aims to prevent the spread of malaria. As a co-chair, he raises money to buy bed nets for children living in Africa. Recently the campaign achieved its initial goal with 500,000 bed nets donated.

Mr. Mercer has also contributed time and effort to advocating for the support of people living with HIV and AIDS. He was the 2005 spokesperson for the Canadian AIDS Society’s Walk for Life. Mr. Mercer has also been a strong supporter of his home province, Newfoundland.

Madame Chancellor, for uniting the people across this vast nation in laughter, I ask you to confer the degree of Doctor of Letters, honoris causa, upon Richard Vincent Mercer.