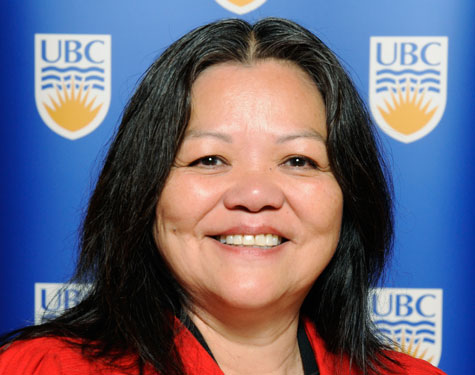 For generations, Aboriginal artists have captured and preserved the images and traditions of their centuries-old cultures, but few have expressed them so prolifically and in such a wide range of mediums as has Susan Point.

She began to investigate traditional Coast Salish art forms and designs in the early 1980s and soon began experimenting with traditional two-dimensional designs. She later worked to define her interpretation of traditional art forms by blending colors and exploring non-traditional techniques. Eventually she began creating both large and small scale three-dimensional art in materials such as glass, bronze, wood, concrete, polymer, stainless steel and cast iron.

Along the way, she encountered critics who said her work had become non-traditional. As it turned out, by pushing the boundaries of tradition, Susan Point made it even more vibrant, and strengthened its presence within a wider creative milieu.

Her marriage of traditional imagery and non-traditional mediums resulted in a vast and eclectic body of work. She has been awarded numerous public commissions, including large sculptures and building facades on both sides of the Canada-U.S. border as a reminder of the rich cultural history of the first peoples of both countries.

Her work has also been commissioned by numerous corporations and private collectors, and is displayed in galleries and museums throughout North America, including the UBC Museum of Anthropology, and the Smithsonian Institute’s National Museum of the American Indian.

Not surprisingly, the brilliance of her career has been recognized in many ways prior to today, including her appointment to the Royal Canadian Academy of the Arts in 2004, and to the Order of Canada in 2006.

Madame Chancellor, in recognition of remarkable artistic achievement and contribution to preserving the cultural history of her people, I ask you to confer the degree of Doctor of Letters, honoris causa, upon Susan Point.