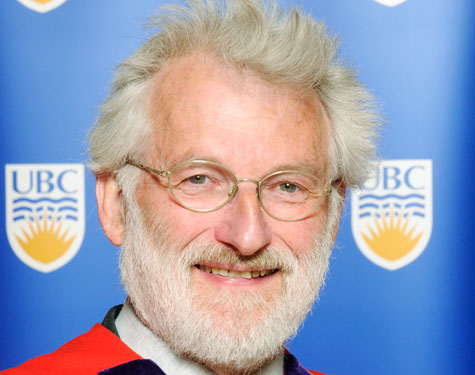 The achievements of British molecular biologist Sir John Sulston are remarkable in every way, and rank alongside history’s greatest biological and medical discoveries.

After completing his Ph.D. on the chemical synthesis of DNA at Cambridge, he moved to the U.S.A. as a post-doctoral fellow to study pre-biotic chemistry at the Salk Institute for Biological Studies.

He returned to Cambridge in 1969 as a staff scientist at the MRC Laboratory of Molecular Biology. It was there that he and a team of researchers collaborated with American colleagues to make scientific history by becoming the first to sequence an animal genome, an achievement that helped to initiate the International Human Genome Project.

In 1992, he was appointed founding director of the Wellcome Trust Sanger Institute at Cambridge and entrusted to lead the British contingent of an international army of publicly funded scientists selected to contribute to the Human Genome Project. At the same time, he also became one of the project’s most influential leaders.

From the beginning, he fervently proclaimed his belief in the free and open exchange of the scientific information that would emerge from the project, and which, he argued, would inevitably hasten the pace of discovery. Guided by these principles, the Human Genome Project was structured so that all the findings were public, encouraging an unparalleled international collaboration among scientists and researchers, and ultimately what many regard as the greatest scientific endeavour of our time.

His brilliance, passion for discovery and principled leadership have been honoured in numerous ways throughout his career, culminating in the Nobel Prize in Physiology and Medicine, which he shared with colleagues in 2002.

Madame Chancellor, in recognition of achievements that have helped usher in a new era of scientific research, I ask you to confer the degree of Doctor of Science, honoris causa, upon Sir John Sulston.