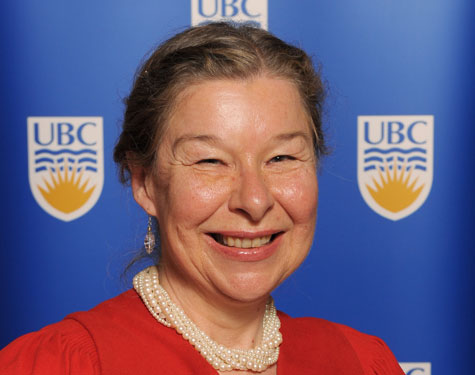 It was equally extraordinary measures of wisdom, courage and compassion that enabled Judy Graves to help thousands of homeless people, and to bring about meaningful change in the delivery of social welfare in this province.

In her career as a housing advocate for the City of Vancouver, she sought to obtain a better understanding of the circumstances of those she was trying to help, and the causes of their marginalization.

She confronted the grim reality of those who slept in the streets by reaching out to them in the early morning hours, trying to break through to find the humanity beneath the broken figures.

These acts of courage confirmed her belief that an astonishing number simply didn’t have the skills and confidence to navigate the social system designed to provide the assistance to which they were entitled.

Her solution was to form the Vancouver Homeless Outreach Project, and in the spring of 2005, she and a small team of outreach workers set out to begin a daily process of gathering up lost souls, ushering them through the process of qualifying for financial aid and finding affordable long-term accommodation. Within the first two years, some 700 had been helped to leave the streets behind – most for good.

At the same time, she lent her expertise to various organizations throughout the province to help establish similar outreach programs, and to field inquiries on her work from public health and welfare experts nationwide.

In just four years, she and others inspired by her determination and success have helped close to five thousand homeless people living in 48 communities throughout the province find affordable housing.

Madame Chancellor, in recognition of her exemplary service to the people of British Columbia, I ask you to confer the degree of Doctor of Laws, honoris causa, upon Judy Graves.