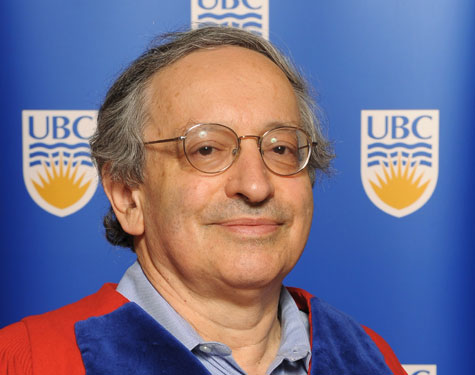 Daniel Gelbart is an extraordinary engineer and a born innovator, whose patented inventions and entrepreneurial spirit have had a profound impact upon the economy of this region.

Born in Germany and raised in Israel, he obtained Bachelor and Master of Science degrees at the Technion Israel Institute of Technology.

He came to Canada in 1973 and joined MacDonald, Dettwiler and Associates, where his expertise and creativity were the foundation of two local technology companies: MDI-Motorola and Cymbolic Sciences. The first of his many crowning achievements was the development of a mobile data terminal that quickly became the best selling device of its type in the world.

In 1983, he co-founded Creo Products, a technology company that developed innovative products for the printing industry. He grew the company to some 4,000 employees prior to its acquisition by Kodak in 2005 for the sum of one billion US dollars.

Frequently described by friends and colleagues as a modern-day Edison, Daniel Gelbart has more than 100 patents to his name, with cumulative revenue from sales of his commercialized products in the multi-billion dollar range.

Of equal importance to the technology industry in this region, he retains ample time and energy for young engineers and innovators, and he has been invariably generous with his time, energy and resources in support of undergraduate education in the Faculty of Applied Science at this university.

His support takes many forms. He has provided equipment and material to enhance problem-based learning programs; delivered a popular course in industrial design; actively supported Co-op education opportunities, and; hired graduates in their hundreds into positions at the forefront of global technology development.

Madame Chancellor, in recognition of an extraordinary career as an innovator, entrepreneur, and mentor, I ask you to confer the degree of Doctor of Laws, honoris causa, upon Daniel Gelbart.