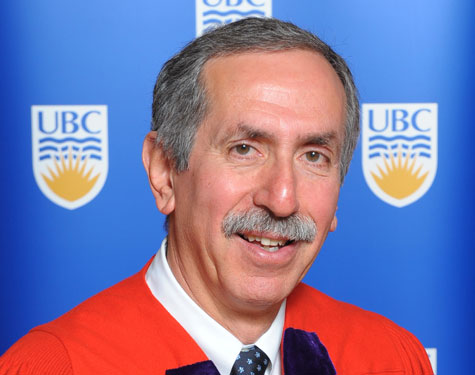 Doctor Alan Bernstein is an internationally renowned bio-medical researcher and a visionary leader, who has been responsible for ushering in a promising new era in health research in Canada and in many other countries throughout the world.

He later accepted a series of escalating leadership positions at the Samuel Lunenfeld Research Institute of Mount Sinai Hospital, eventually assuming the role of Director in 1994.

Over the course of his brilliant career, Dr. Bernstein made extensive and significant contributions to the study of cancer, embryonic development, the development of blood cells, and the formation of the cardiovascular system. In 2000, he was selected by the federal government to undertake an important new challenge as the inaugural president of the Canadian Institutes for Health Research.

During a seven-year term, he led the organization’s creation and implementation, doubled the number of sponsored researchers, tripled its annual budget to close to one billion dollars, and led a significant change in the approach to supporting health research in Canada.

Today, the CIHR has become a model for the world, as noted in a report tabled in the British Parliament in 2006 on the organization of health research, and it is one that is being emulated by many countries.

Just last year, Dr. Bernstein accepted another important challenge when he was asked to serve as the inaugural executive director of the Global HIV Vaccine Enterprise, an international alliance of researchers and advocates committed to accelerating the development of an HIV vaccine – one of the most pressing medical challenges of our time.

Madame Chancellor, in recognition of his outstanding contributions to the field of health research, and for his service to the people of Canada, I ask you to confer the degree of Doctor of Science, honoris causa upon Dr. Alan Bernstein.