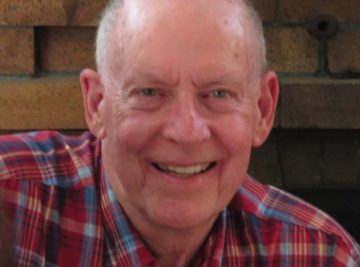 MR. CHANCELLOR, UBC Killam Professor Emeritus William New is an internationally recognized literary critic, editor, anthologist, poet and children’s writer who has made an extraordinary contribution to the creation and appreciation of Canadian literature and Canadian literary history.

When he joined UBC as an assistant professor in 1965, Canadian literature was little more than a curiosity, and not deemed worthy of advanced academic study. Such perceptions changed, thanks in overwhelming measure to his unflagging efforts over the course of the next 50 years, during which time he led the campaign at UBC to make a significant and lasting contribution to the creation and imaginative reading of Canada’s national literatures.

In the course of conducting award-winning teaching and research, he opened up hitherto unexamined areas of Canadian and Commonwealth literature, authoring and editing over 40 scholarly and critical books and hundreds of reviews, articles, and editorial columns. He worked tirelessly to support the research and writing of countless graduate students, and frequently served as a jury member on Canada Council and Governor-General’s award committees.

But as wide-ranging as his accomplishments have been, perhaps the most compelling and enduring example of his dedication to the field began in 1966 when he became assistant editor of the review publication, Canadian Literature, working with distinguished friends and colleagues to produce the seminal critical journal, and subsequently serving as its editor from 1977 to 1995.

His work to ensure a prominent place for Canadian literature within the wider realm of Canadian studies has been recognized through numerous awards and distinctions, including his installation in 2007 as an Officer of the Order of Canada.

Mr. Chancellor, in recognition of his dedication to advancing Canadian literature and literary history at universities across this country, I ask you to confer the degree, Doctor of Science, honoris causa, upon WILLIAM HERBERT NEW.