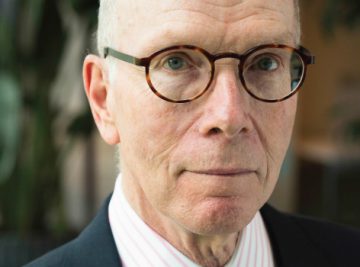 A 26-year veteran and former director of the U.S. Centers for Disease Control and Prevention, Dr. Koplan began his public health career in the early 1970s as a member of the CDC’s Epidemic Intelligence Service. He has worked on a wide range of major public health issues, including infectious diseases such as smallpox, SARS, pandemic influenza and HIV/AIDS, environmental issues such as the Bhopal chemical disaster, and the health toll of tobacco and chronic diseases.

He has pursued numerous collaborative initiatives in China and since 1980 has made more than 50 visits on projects for the World Bank, World Health Organization, CDC and China’s Ministry of Health. He played an active role in the design of the Chinese Public Health System, including the creation of the China Center of Disease Control, contributions for which he received the 2013 Friendship Award, China’s highest honor for a non-citizen.

Dr. Koplan is a graduate of Yale University, the Mount Sinai School of Medicine, and the Harvard School of Public Health. He is board-certified in internal medicine and preventive medicine, a Master of the American College of Physicians and a member of the United States National Academy of Medicine.

He is also a co-founder of the International Association of National Public Health Institutes, has served on numerous advisory groups in the U.S. and abroad, and has written more than 230 scientific papers.

Mr. Vice-Chancellor, in recognition of extraordinary contributions to humankind and to public health education and research, I ask you to confer the degree Doctor of Science, honoris causa, upon DR. JEFFREY POWELL KOPLAN.