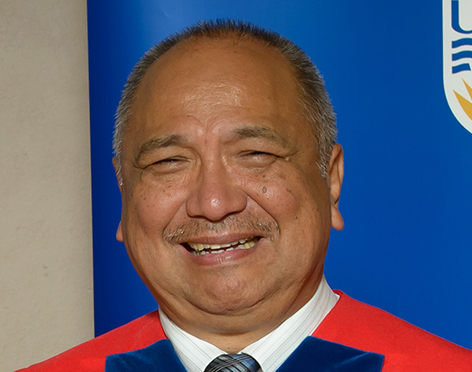 MADAM CHANCELLOR, we take great pride in recognizing a UBC alumnus who has
demonstrated an exceptional commitment to serving the people of British Columbia in the field of law, in legal and aboriginal education, and through his leadership in the aboriginal community.

By the time The Honorable Steven Lewis Point entered the UBC Faculty of Law, he had already
served almost five years as chief of the Skowkale First Nation. After entering private practice, he
continued to lead aboriginal communities at local, regional and provincial levels. From 1994 to 1999 he served as tribal chair of the Stó:lo Nation, and was also honoured as Grand Chief by the Chiefs of the Stó:lo Tribal Council.

During his term as Lieutenant Governor, he endeavored to serve as a role model to aboriginal youth, emphasizing that retaining their cultural identity and succeeding in education needn’t be mutually exclusive objectives.

At the heart of his efforts was a literacy campaign focused on children in remote communities, and encouraging literacy development through the writing of stories. During the campaign he visited communities and met with elders, councils and schools, from where he received stories from almost 3,000 students, and took the time to write back to each one.

His commitment to aboriginal education has also been evident at UBC, where he is a former director of the First Nations Law Program and an inspirational speaker at Faculty of Law events.

Madam Chancellor, in recognition of his leadership and dedicated public service, I ask you to confer the degree Doctor of Laws, honoris causa, upon Xwelīqweltel, THE HONOURABLE STEVEN LEWIS POINT.