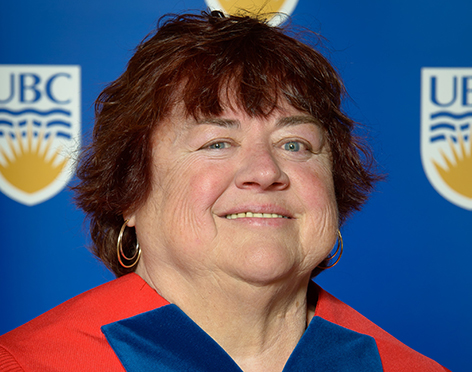 Ms. Lakeman is one of Canada’s most dedicated, knowledgeable and articulate public educators in the cause of ending violence against women.

For the past 35 years, she has directly, and in collaboration with others, responded to some 40,000 abused women callers to the Vancouver Rape Relief and Women’s Shelter.

Concurrent with her dedication on the front-lines, she has undertaken national and international leadership challenges in a tireless pursuit of social justice, ultimately guided by her unflagging conviction that equality for women is a fundamental pre-condition to ending gender-based violence.

As the regional representative of the Canadian Association of Sexual Assault Centers, she has shared vast hands-on experience with colleagues across Canada, and assisted parliamentary, legal and social institutions to bring previously hidden issues to light, to address enormous harm, and to inform Supreme Court decisions concerning violence against women.

In Canada, three criminal law amendments framed with the benefit of her equality analysis have withstood the test of time and constitutional challenge.

Her expertise has often been sought internationally, and in 1995 she served as a special advisor to Canada’s Federal Minister of Justice as part of the Canadian delegation to the Ninth United Nations Conference on Crime Prevention and Treatment of the Offender.

Along the way she has taken pen in hand time and again to publish books and articles that have garnered the deep respect of legal professors and commanded the attention of a wider Canadian public.

Madam Chancellor, in recognition of her extraordinary service to this community, and her unyielding pursuit of the social, economic and legal equality of women, I ask you to confer the degree Doctor of Laws, honoris causa, upon LEE FRANCES LAKEMAN.