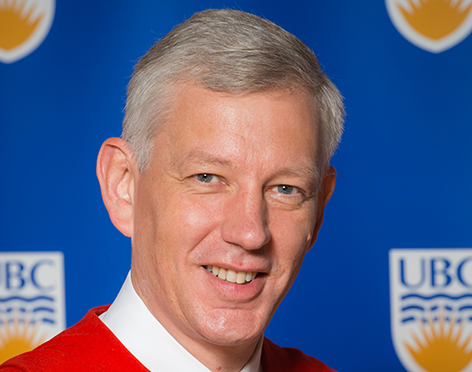 Many Canadians believe – somewhat modestly – that there needs to be more of Canada in the world.

We see ourselves as decent, hardworking, ethical and brave. In the case of Dominic Barton, we are not far off the mark.

Mr. Barton is the Global Managing Director of McKinsey & Company, one of the world’s pre-eminent management consulting firms. During its 85-year history, the company has earned the trust of business and government leaders throughout the world. McKinsey now operates in 50 countries.

Mr. Barton has urged private and public sectors to strategize for the greater good. He advises them to work together to solve looming challenges such as climate change, water governance and national debt crises.

Mr. Barton graduated from UBC in 1984 and was selected a Rhodes Scholar before beginning his 25-plus years career at McKinsey. We are grateful that over the years he has remained involved with UBC, for example, speaking to Sauder School of Business forums.

Mr. Barton has worked in Asia, heading McKinley’s Korea office and then overseeing the entire Asian region. As a result, he has a unique understanding of how China and Korea will shape the world’s economic and political agendas.

A prolific author, Mr. Barton is known for his extensive writings on global commerce, development and reform. His most recent book is entitled China Vignettes: An Inside Look at China.
Mr. Barton is an active participant in international forums including Davos, the Asia Business Council and the Aspen Strategy Group. He is a trustee of the Brookings Institution, one of Washington’s oldest think tanks. He is also Chairman of the International Advisory Committee to the President of South Korea on National Future and Vision.

Madam Chancellor, for his contributions to global cooperation and corporate governance, I ask you to confer the degree of Doctor of Laws, honoris causa upon Dominic Stephen Barton.