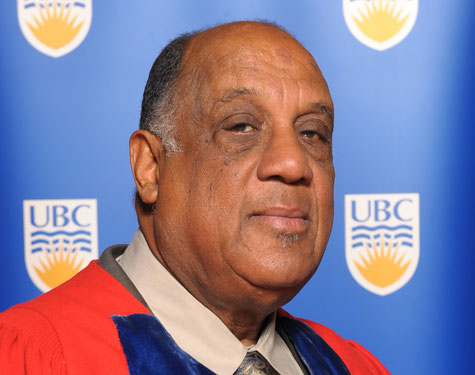 After becoming the first to be awarded a doctorate in Electrical Engineering from this university, Kenneth Stephen Julien returned to his homeland of Trinidad and Tobago to embark on a brilliant and eclectic career that led to the near complete transformation of that nation’s economy.

His leadership and influence took many forms. As an entrepreneur, he established the largest engineering consulting firm in the Caribbean, as well as a successful development company, and also served as a director of various public and private corporations.

This work included a ten-year term as Chairman and Chief Executive Officer of the National Energy Corporation of Trinidad and Tobago. Under his leadership, the nation became the fifth largest exporter of Liquid Natural Gas in the world, and the strongest economy in the Caribbean.

As an educator, he served for 35 years as a professor at the University of the West Indies, and for 12 years as Dean of its Faculty of Engineering.

In 2003, at the request of the national government, Professor Julien undertook the lead role to establish the National University of Trinidad and Tobago – an institution which he presides over today, and which has grown in just four years into a university with 36 programs, 374 faculty members and 5,500 students.

His list of professional honours includes fellowships in three nations, and he has been the recipient of countless industry and public service awards, including his country’s highest honour, the Trinity Cross.

Madame Chancellor, in recognition of the wide range of service that has transformed his homeland, I ask you to confer the degree Doctor of Laws, honoris causa, upon Kenneth Stephen Julien.