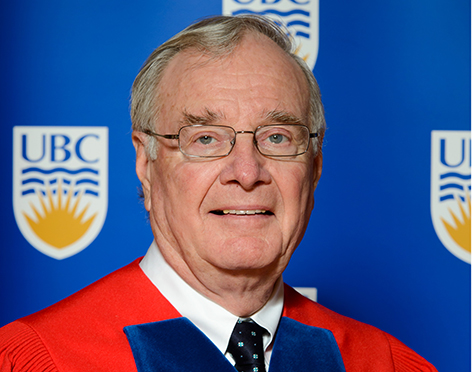 History shows us a persistent gap between those with power and those without. But history also reveals the rare few – those who seek to bridge the divide, to share power.

The Right Honourable Paul Martin – Canada’s twenty-first Prime Minister from 2003 to 2006 – belongs among those precious few.

Today we honour his many contributions to Canada’s economic and social fabric. For example, in 2005 under Mr. Martin’s leadership, the federal government reached a historic consensus with Canada’s provinces, territories, First Nations, Métis and Inuit leaders. Called the Kelowna Accord, the agreement would eliminate the gaps between Aboriginal and non-Aboriginal Canadians in the areas of health, education, housing and economic opportunity.

As Prime Minister, Mr. Martin also introduced the Civil Marriage Act, which transformed the traditional definition of marriage to include same-sex couples.

Mr. Martin’s advocacy work continues in areas where he has shown considerable passion: Canadian Aboriginal issues, and partnerships with Africa.

He also sits on the advisory council for the Coalition for Dialogue on Africa. He works with sponsors such as the UN Economic Commission for Africa and the African Union to address critical issues facing the continent.

Closer to home, he is tackling two daunting yet inspiring projects. One is the Martin Aboriginal Education Initiative which aims to reduce the dropout rate for Aboriginal youth and also increase their attendance at post-secondary institutions.

With his son, David, Mr. Martin founded the Capital for Aboriginal Prosperity and Entrepreneurship Fund. The Fund seeks to foster economic independence through business ownership among Aboriginal peoples.

Madame Chancellor, for his political and humanitarian service, I ask you to confer the degree of Doctor of Laws, honoris causa, upon the Right Honourable Paul Martin.