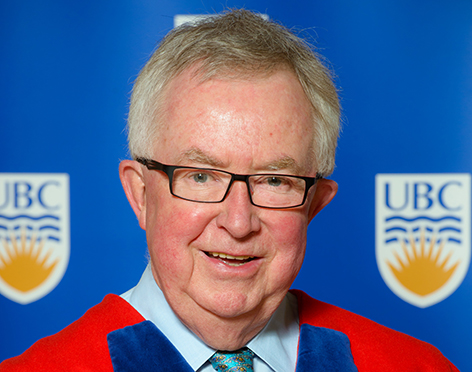 Throughout his storied career as a public servant, the Right Honourable Joe Clark has been tirelessly committed to a Canada that is progressive and globally influential, reflecting the values of integrity, unity and civility.

“Young Joe” (as he was first known to many of us) became Canada’s 16th Prime Minister the day before his 40th birthday, and the youngest person ever to hold our highest office.

Mr. Clark was elected to the House of Commons eight times over 35 years in politics. As Leader of the Opposition, Secretary of State for Foreign Affairs, Acting Minister of both National Defence and Justice, and Minister of Constitutional Affairs, he has served in some of the most challenging positions in government.

Born in the “cowboy country” of High River, Alberta, Joe Clark has remained true to his Progressive Conservative roots, which combine socially progressive values and a focus on sound fiscal responsibility and innovation.

Clark played an important role in finalizing negotiations for the Canada-U.S. Free Trade Agreement, which helped to transform our economy for success in the 21st Century. Thanks to his efforts, Canada was the first Western nation to respond to Ethiopia’s 1984 famine and the first G7 country to introduce sanctions against South Africa’s brutal apartheid regime. Clark also made immense contributions to constitutional issues.

Since retiring from politics, he has received many honours, including the Order of Canada and the Alberta Order of Excellence. He has served as a Special Representative of the United Nations’ Secretary General, monitored elections around the world, and shared his vast expertise in foreign affairs through positions at American University in Washington, DC, University of California, Berkeley, McGill University, and the Woodrow Wilson International Centre for Scholars.

Madam Chancellor, for his dedication to the people of Canada and the world, and commitment to global citizenship and civil society, I ask you to grant the degree of Doctor of Laws, honoris causa, upon the Right Honourable Charles Joseph Clark.