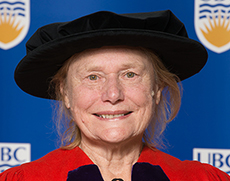 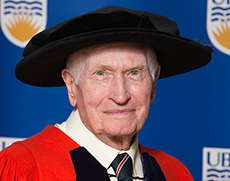 Three quarters of all modern drugs come directly or indirectly from plants used in folk medicine. Walter Hepworth Lewis and Memory Elvin-Lewis, both UBC alumni, have spent their careers in a race against time to uncover new cures for diseases such as malaria, hepatitis and tuberculosis. They have had to find promising plants before pristine jungle ecosystems were compromised – and the traditional knowledge of their medicinal properties was lost forever.

This husband-and-wife team, each with an enviable career and unique expertise – Dr. Elvin-Lewis as a microbiologist and Dr. Lewis as an ethnobotanist – has traveled the world to evaluate and document traditional medicines used by Aboriginal peoples. Their discoveries have yielded patents for anti-malarial agents and proof of the value of traditional hepatitis remedies. Their award-winning textbook Medical Botany, a pioneer in ethnobotany and pharmacology, has withstood the test of time for more than four decades.

As firm believers in collaborative research – a principle we hold dear here at UBC – the Lewises facilitate negotiations among native peoples, universities, and pharmaceutical companies in order to get new drugs to market while ensuring the holders of this traditional knowledge are fairly compensated and acknowledged for the wisdom their communities have gleaned for centuries.

Dr. Elvin-Lewis once said that one must “have patience for technology to catch up to you and your discovery.” It is perhaps this foresight that drove her to preserve a specimen of a mysterious case of Kaposi’s sarcoma in 1969. That sample, tested almost two decades later, proved to be the first case of AIDS in the United States. Dr. Elvin-Lewis, we take great delight in knowing that it was a microbiology course here at UBC that sparked your interest in the field.

Madam Chancellor, for their visionary contributions to unearthing and preserving knowledge for the benefit of all peoples, I ask you to confer the degree of Doctor of Science, honoris causa upon Walter Hepworth Lewis and Memory Elvin-Lewis.