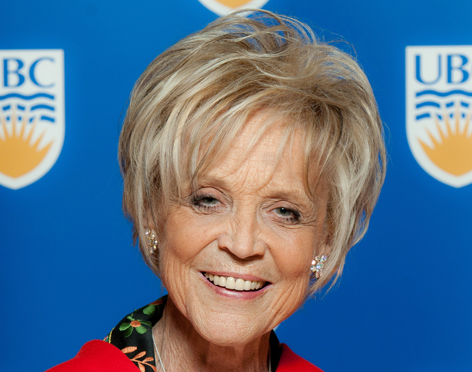 Ms. Loomer has spent her career as a choral conductor, teacher and musician. Among her greatest achievements is the founding of the internationally recognized and award-winning Chor Leoni Men’s Choir and Elektra Women’s Choir.

With these two choirs, Ms. Loomer has traveled the world, performing in music festivals and competitions. These choirs are two of the most distinguished choral ensembles in Canada today, and have become a symbol of pride to Canada’s music community.

Recognized for her ability to inspire, Ms. Loomer has taught and mentored musicians of all ages around the world. She works with children, professional ensembles and with older adults in EnChor, a choir created for seniors.

As an advocate for choral music, and having helped to establish Vancouver as an international choral centre, Ms. Loomer is an ambassador for Canadian music.  Her work with renowned conductors and orchestras has led to exchanges, joint performances and partnerships for Canadian musicians. In recognition of these achievements, Ms. Loomer was named a member of the Order of Canada in 1999.

Madam Chancellor, for her unwavering efforts to inspire and lead in the choral art form, I ask you to confer the degree of Doctor of Letters, honoris causa, upon Diane Mary Loomer.