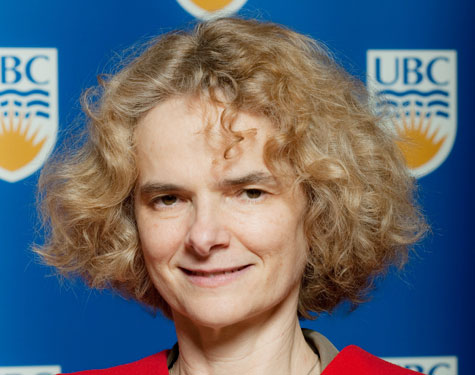 In a city where the affects of addiction are sometimes uncomfortably visible, we can appreciate the leaders who strive to understand the disease. Nora Volkow is such a leader. She has devoted her career to studying the health implications of drug addiction.

Internationally recognized for her work, Dr. Volkow’s research was instrumental in
identifying the addictive properties and toxic effects that drugs have on the brain. Her research showed that addiction is a disease of the brain, and is not about weakness or self-control.

Throughout her 30-years as a researcher and doctor, Dr. Volkow has published more than 440 peer-reviewed articles and more than 60 book chapters and non-peer reviewed manuscripts.

She is a pioneer in the use of brain imaging to investigate mental and addictive disorders. She has made contributions to the neurobiology of obesity, ADHD and the behavioural changes that occur with aging.

Dr. Volkow is a strong advocate for evidence-based public policy. She has always stood out among her colleagues for her strong leadership and passionate work.

In 2006, Newsweek identified Dr. Volkow in a list of 20 people to watch. A year later, she was named one of Time Magazine’s “Top 100 People Who Shape our World.” She has also won the Presidential Citation from the American Psychological Association, and the Prix International from France’s Institut National de la Santé et de la Récherche Medicale.

Madame Chancellor, for her relentless efforts to find what lies at the heart of drug addiction, I ask you to confer the degree of Doctor of Science, honoris causa, upon Nora Volkow.