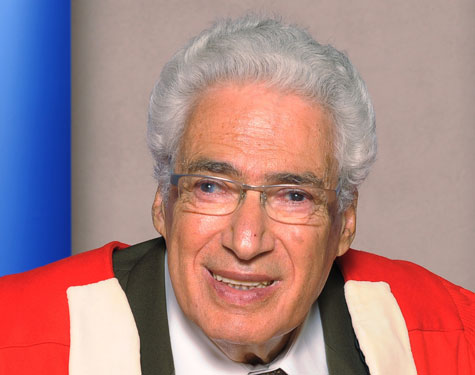 For well over half a century, Dr. Irving Allen Guttman has been a central figure and a driving force in the cultural life of Canada.

A pioneer of the operatic art form in this country, Dr. Guttman was among the first to study in the newly opened Opera School at the Toronto Conservatory of Music in 1947.

After graduating in 1952, he went to Montreal to work as a freelance stage director before moving west to Vancouver to direct the expansion of opera in Western Canada. In 1960, he was named artistic director for the newly formed Vancouver Opera, a position in which he served for 14 years and directed a majority of the company’s productions.

During that time, he introduced West Coast audiences to some of the world’s great performers, bringing many to Vancouver to make their Canadian debuts, and directing the likes of Placido Domingo, Marilyn Horn and many other well known performers.

During and after his time with the Vancouver Opera, he introduced new audiences to opera throughout Western Canada as the founding artistic director of the Edmonton Opera, Manitoba Opera and Opera Saskatchewan.

His accomplishments have been recognized through numerous honours and distinctions, including the Order of Canada just prior to his retirement in 2003.

Madame Chancellor, in recognition of the excellence he attained in his profession, and for his contributions to the cultural life of our province and country, I ask you to confer the degree Doctor of Letters, honoris causa upon Dr. Irving Guttman.