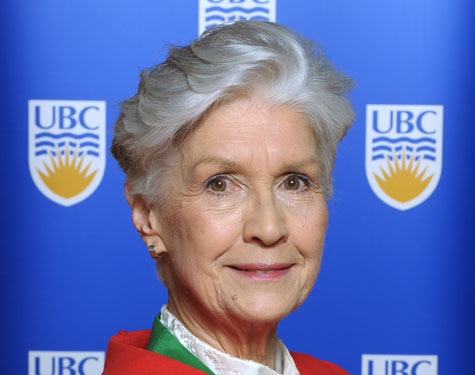 Few are those who have served their province and nation as effectively, as conscientiously, and in such a varied manner as the Honourable Iona Victoria Campagnola.

She entered federal politics in 1974 when she was elected as Member of Parliament for Skeena, and was immediately appointed as Parliamentary Secretary to the Minister of Indian and Northern Affairs.

Two years later she was named Canada’s first Minister for Fitness and Amateur sport. It was in that capacity that she established the foundation for Canada’s modern amateur sport system, which remains in existence today and has garnered Canada a reputation as one of the great sporting nations of the world.

She later became the first woman elected as President of the Liberal Party of Canada, where she served two terms and led an internal reform process that resulted in sweeping changes to party-government relationships.

After leaving public life, she continued to work tirelessly both in Canada and abroad in support of social justice, human rights and the environment. She has served on the board of numerous non-governmental organizations, including the International Centre for Human Rights and Democratic Development. Her work has taken her to West Africa, South America, China and other parts of the world in support of humanitarian and educational aid, and sustainability projects.

Most recently, she served for six years as the board chair of the Fraser Basin Council, an organization which she co-founded to ensure the economic and environmental sustainability of British Columbia’s Fraser River communities.

Madame Chancellor, in recognition of her exemplary record of service to the province and nation of her birth, I ask you to confer the degree Doctor of Laws, honoris causa, upon the Honorable Iona Campagnola.