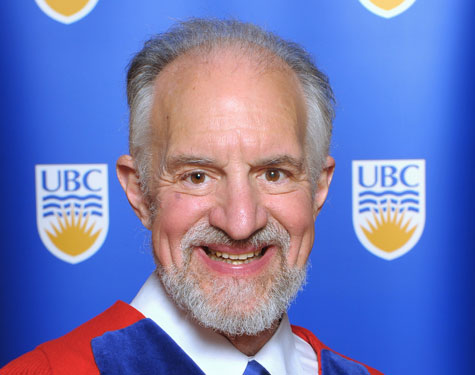 The abundance and diversity of live theatre within the city of Vancouver is owed to a number of circumstances, but perhaps to none more than the enduring presence of one of this institution’s own graduates.

As the longest-serving artistic director in Canadian theatre, Bill Millerd has devoted almost four decades to nurturing the growth of professional theatre as the Artistic Managing Director of the Arts Club Theatre Company.

Born in Vancouver, he majored in Political Science and International Studies in the UBC Faculty of Arts before moving to Montreal to study Technical Production at the National Theatre School.

He later went to work for several Canadian theatre companies, including the Shaw Festival and the Vancouver Playhouse Theatre. In 1972, he began directing plays at the Arts Club when it was a small, new organization, but one that thrived under his leadership.

The company’s growth was highlighted by the construction of two new theatres on Granville Island: the Granville Island Stage in 1979, and the Revue Stage in 1983, as well as the restoration and re-opening of the historic Stanley Theatre as the 650-seat Stanley Industrial Alliance Stage in 1996.

Some 500 plays have been produced during Bill Millerd’s 37-year tenure as head of the Arts Club, including the production of 110 works by Canadian playwrights and 70 premiere performances of new Canadian plays, underscoring his deep commitment to developing Canadian talent, and launching the careers of many of the country’s foremost playwrights and performers.

His many contributions to enriching the cultural community of Canada have been widely recognized, including his appointment in 1993 as a member of the Order of Canada.

Madame Chancellor, in recognition of diverse talent, creative leadership, and a lifetime of contribution to the growth and enhancement of theatrical production, I ask you to confer the degree of Doctor of Laws, honoris causa, upon William Millerd.